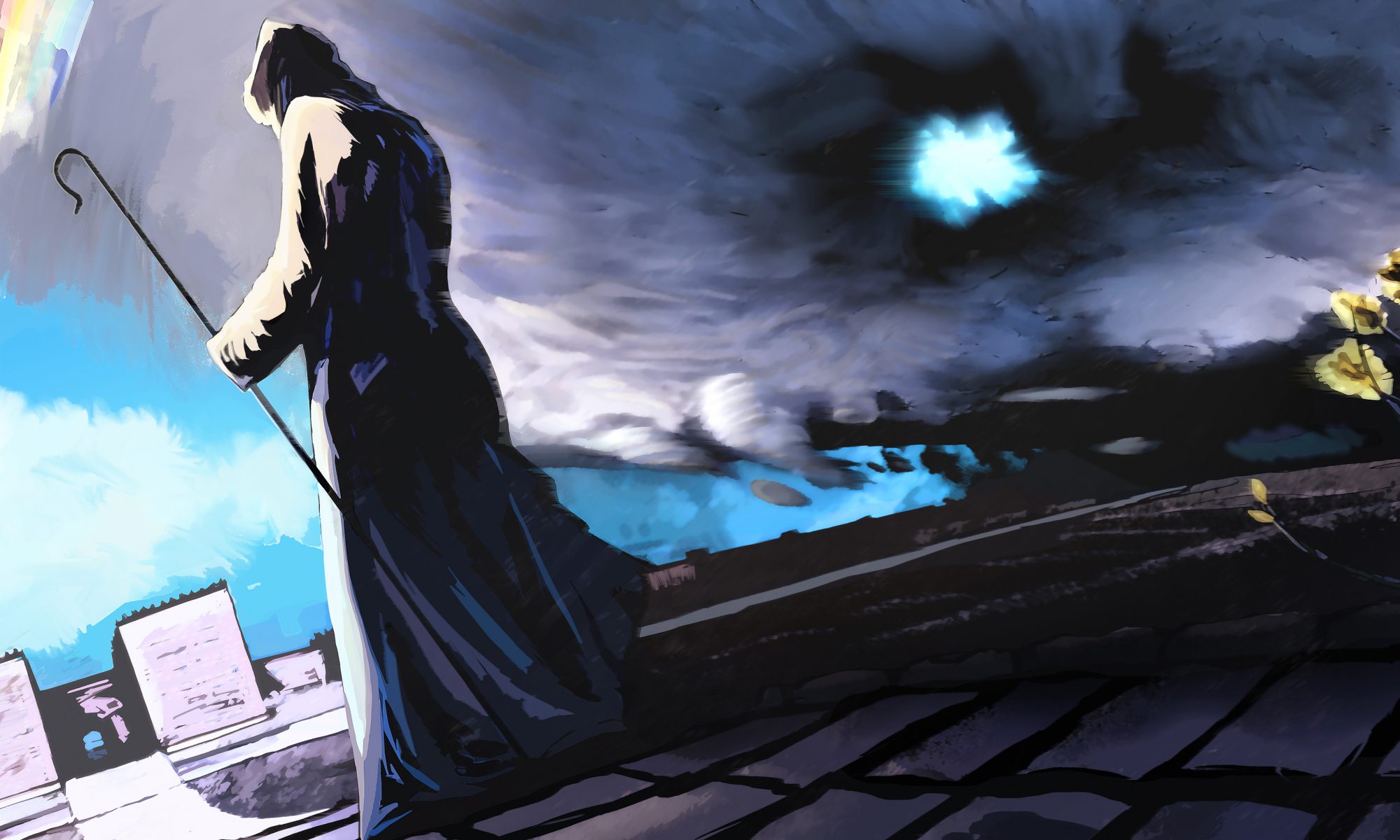 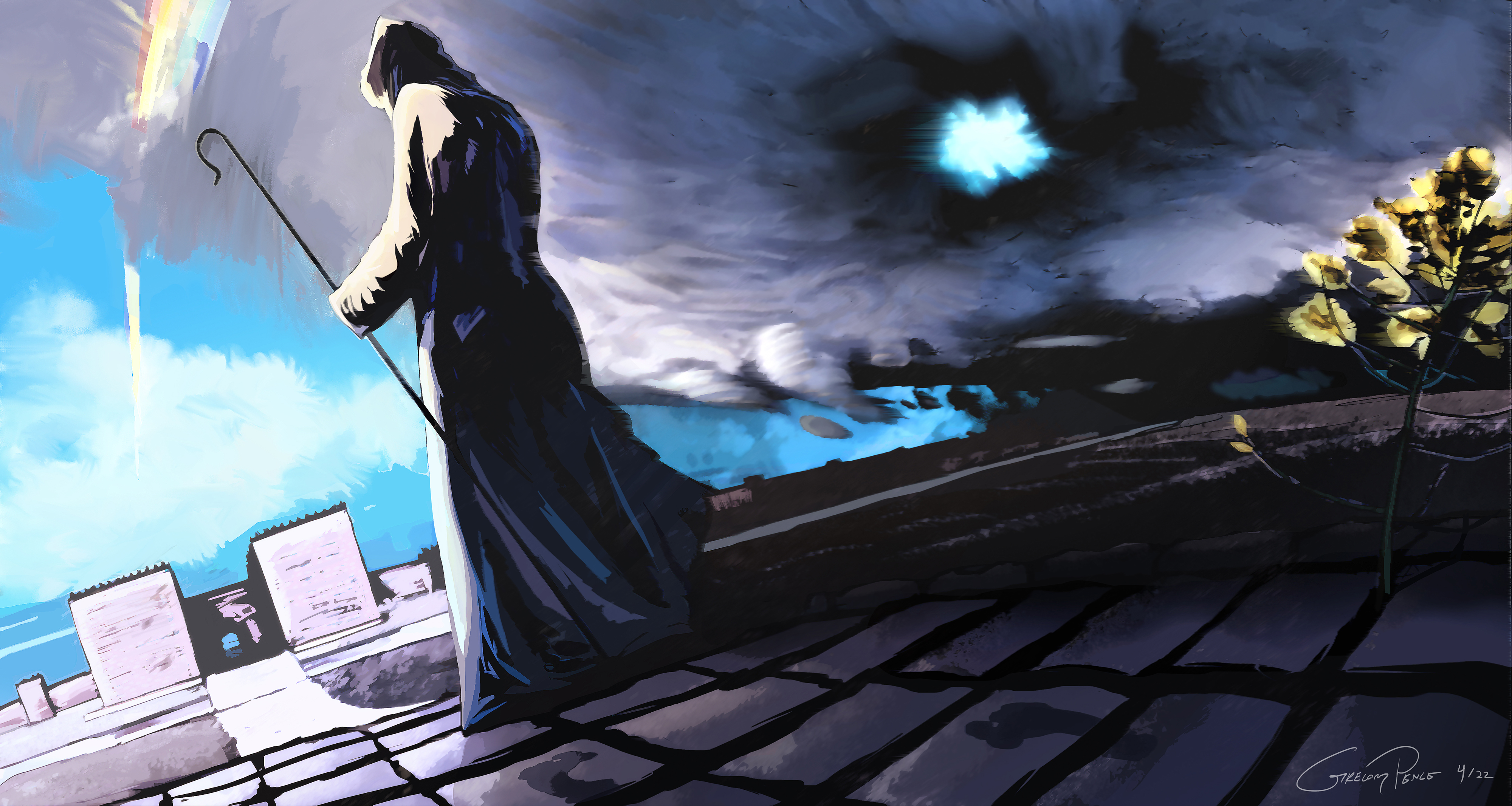 I revisited the book of Jonah recently, but not on a lark. I was already slogging through the final section of the Old Testament—referred to as “the prophetic books”—en route to the Gospels. Perhaps owing to current events or my own spiritual malaise, this well-worn path proved unexpectedly cumbersome and tedious. A trudge.

One motif throughout Scripture is God’s patience with man, His slowness to anger. When the dam finally breaks, however, the prophets mince no words. Rivulets of rage cascade into torrents of judgement. Whereas earlier I might have clung to the more buoyant visions or even plumbed the depths of eschatology, this time around felt different.

This time around, I felt screamed at.

So I detached. Instead of swimming in the flood, I floated on my back. Verse after verse. Chapter after chapter. That’s when I bumped into Jonah.

Jonah was an Israelite prophet sent by God to deliver a grim message to the prosperous city of Nineveh (Mosul in present-day Iraq). Problem was, Jonah really, really hated the idolatrous Ninevehans, so much so that he defied God and sailed 2,500 miles in the opposite direction to shirk his responsibility. Reading Jonah felt remarkably like tuning into a lost signal after hours of scrubbing white noise. Episodes of horror and humor follow on from his decision to indulge a personal prejudice against an entire people. In this way, Jonah, at his worst, resonates powerfully with our age. And I don’t think it’s a stretch to draw parallels between the bit about the whale’s belly—wherefrom Jonah receives deliverance through prayer—and the toxic effects of today’s silos. However, I want to skip to the ending, where I received inspiration for the scribble above (spoilers).

After delivering his prophetic message to Nineveh, all of its people, from the least to the greatest, repent. A surprising turn of events that God accepts. But Jonah still sets up outside the city’s walls and waits for God’s judgement. This is perhaps where I empathize with Jonah the most—the angry obstinacy that, when it doesn’t raise hairs on end, seems comical. I mean, his obligation has been fulfilled. The man could have chosen to return home, to live among family and friends who share his creed and culture. Instead, Jonah waits. The desert sun bears down on him, so he erects a makeshift shelter from sticks; thereafter, God blesses Jonah by growing a gourd vine, the leaves of which provide the overheated prophet shade. Now Jonah is happy, albeit temporarily. He waits some more. God then appoints a worm to eat the vine’s leaves and, afterward, commands a harsh East wind to blow. Thus assailed, Jonah laments his plight and a conversation with the Almighty follows:

But the LORD said, “You have been concerned about this vine, though you did not tend it or make it grow. It sprang up overnight and died overnight. (Jonah 4:10)

But Nineveh has more than a hundred and twenty thousand people who cannot tell their right hand from their left, and many cattle as well. Should I not be concerned about that great city?” (Jonah 4:11)

Here, the book of Jonah ends.

I’m unsure exactly why I’m writing about Jonah on a day reserved for Jesus. Maybe it’s because of the symbolism of the vine and its associations with Christ (“The True Vine”). Maybe it’s because Jesus himself refers to “the sign of Jonah” as a typological metaphor for his death, burial, and resurrection in Matthew 12. Or maybe it’s because Jonah’s anger puts Jesus’s love—an awesome and terrifying love—in sharp relief. Could Jonah have ever imagined dying to save the people of Nineveh?

Flash-forward to 2014, when ISIS occupied Mosul and destroyed many of the city’s historical artifacts, including the gates of Nineveh and a mosque dedicated to Jonah. In January 2017, VOA news reported that ISIS had also plundered Jonah’s tomb.

Sad news. Yet amid the darkness, light persists. Perhaps Jonah decided to live out the rest of his days in Nineveh among a people he had hated. Outside the gates, perhaps a part of Jonah had died, and, in its place, something else blossomed.

He will judge between many peoples and will settle disputes for strong nations far and wide. They will beat their swords into plowshares and their spears into pruning hooks. Nation will not take up sword against nation, nor will they train for war anymore. (Micah 4:3)

Every man will sit under his own vine and under his own fig tree, and no one will make them afraid, for the Lord Almighty has spoken. (Micah 4:4)

All glory to God.