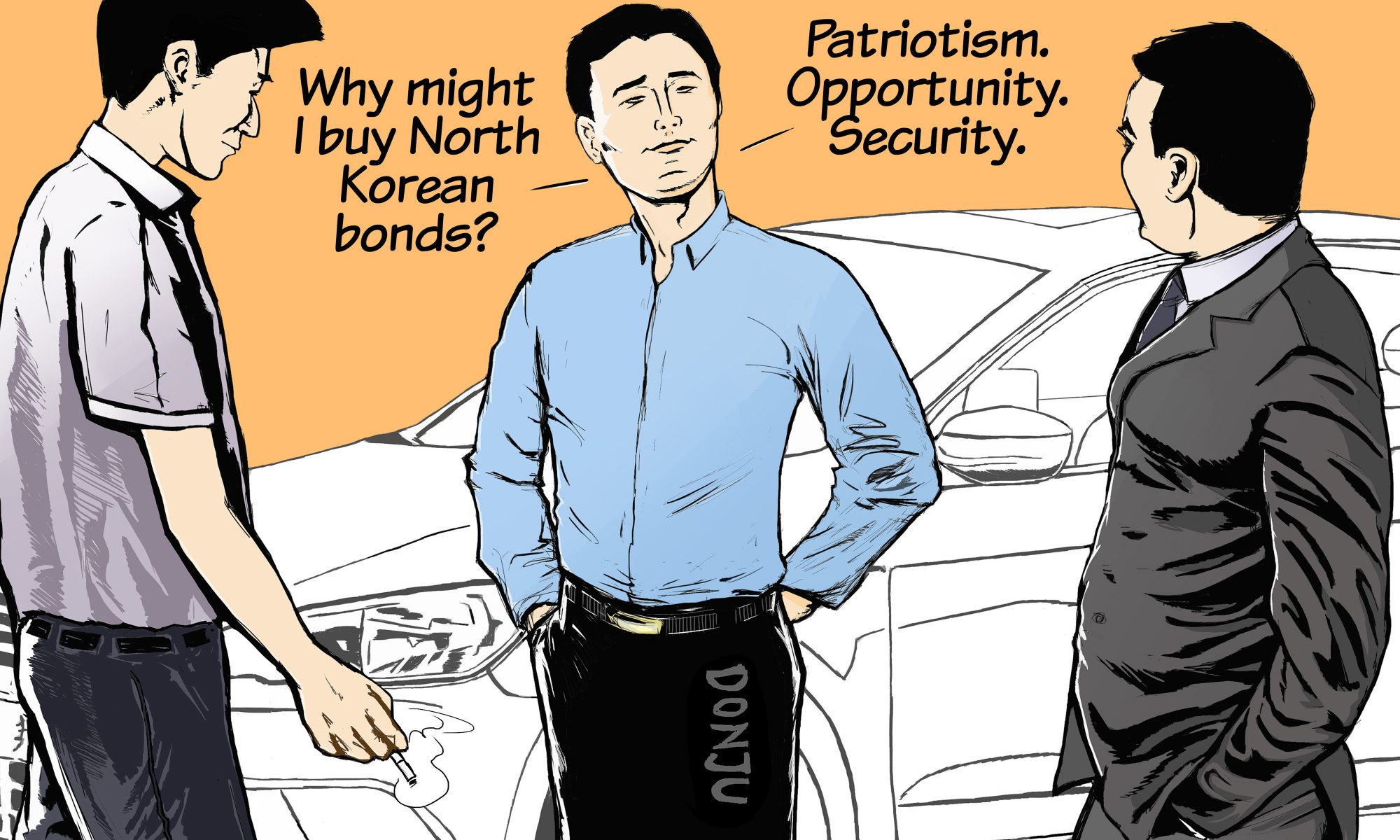 The cartoon “High-Risk Bonds” draws inspiration from a series of recent Daily NK articles focusing on North Korea’s wealthy entrepreneurial class, the donju (or “masters of money”). Involved in businesses ranging from smuggling to retail, the donju have played an essential role in driving North Korea’s economic development for the better part of a decade, so much so that state officials have largely looked the other way per Kim Jong Un’s “Byungjin” and “Economy-first” policies. Changes may be on the horizon, however. In April, Daily NK broke the story that North Korea had begun floating public bonds for the first time in seventeen years, targeting the donju to absorb foreign currency. So far the state’s strategy for bond-selling adheres to a time-tested approach: “carrots and sticks.” Carrots include promoting a North Korean-Chinese joint venture company as a relatively secure investment opportunity; oppositely, sticks include the looming threats posed by undercover Group 1118 agents tasked with cracking down on illegal foreign currency transactions, surprise raids, and even, reportedly, execution. 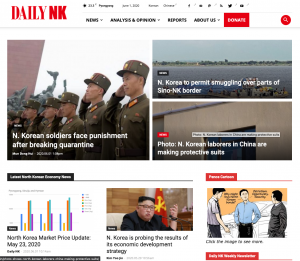